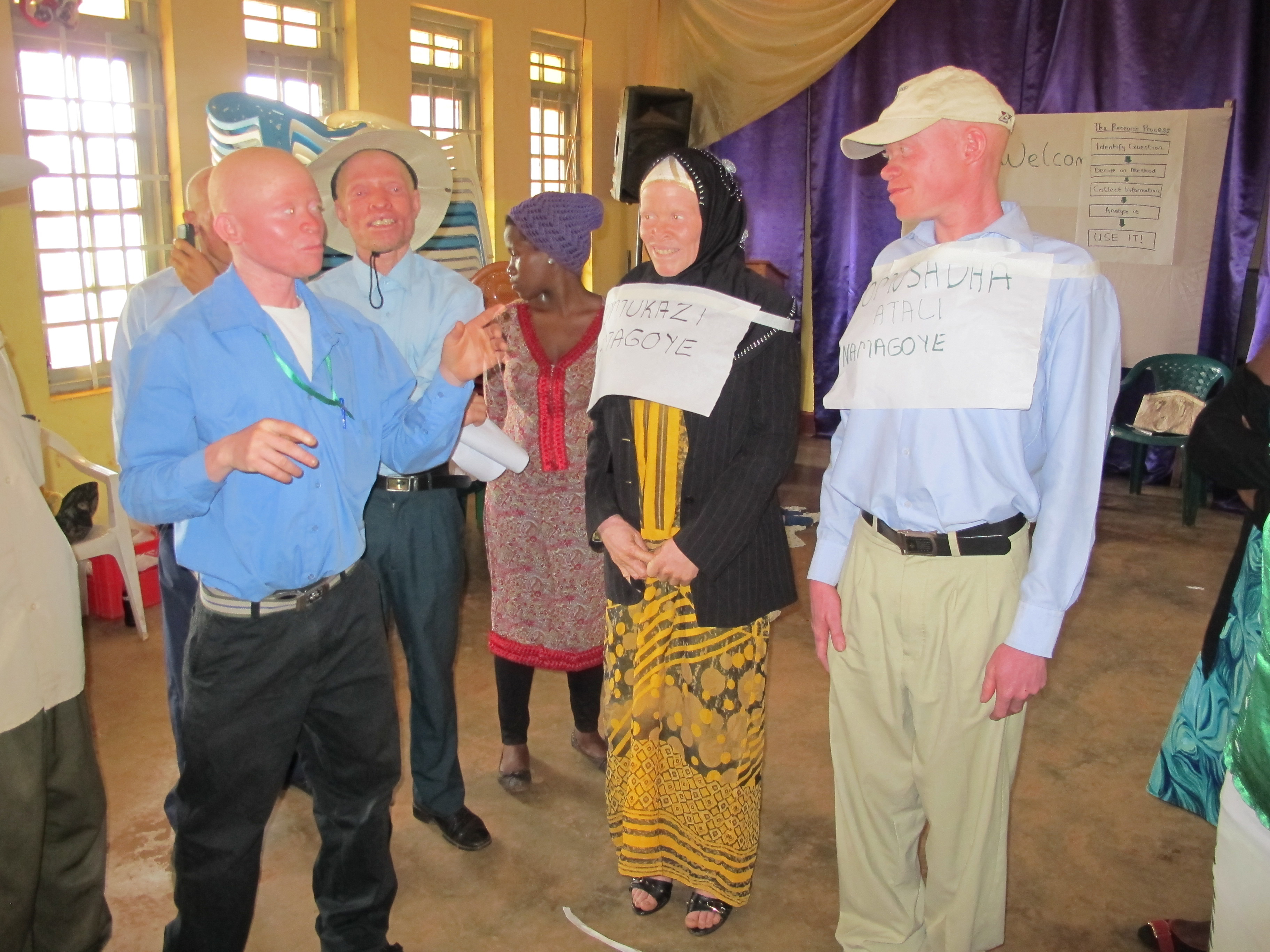 Advantage Africa is challenging the discrimination, insecurity and lack of opportunity experienced by people with albinism in East Africa.

As part of this work we have been involved in a research project to investigate the impact of stigma on the education and life opportunities of children with albinism to help them overcome the barriers and discrimination that they experience. 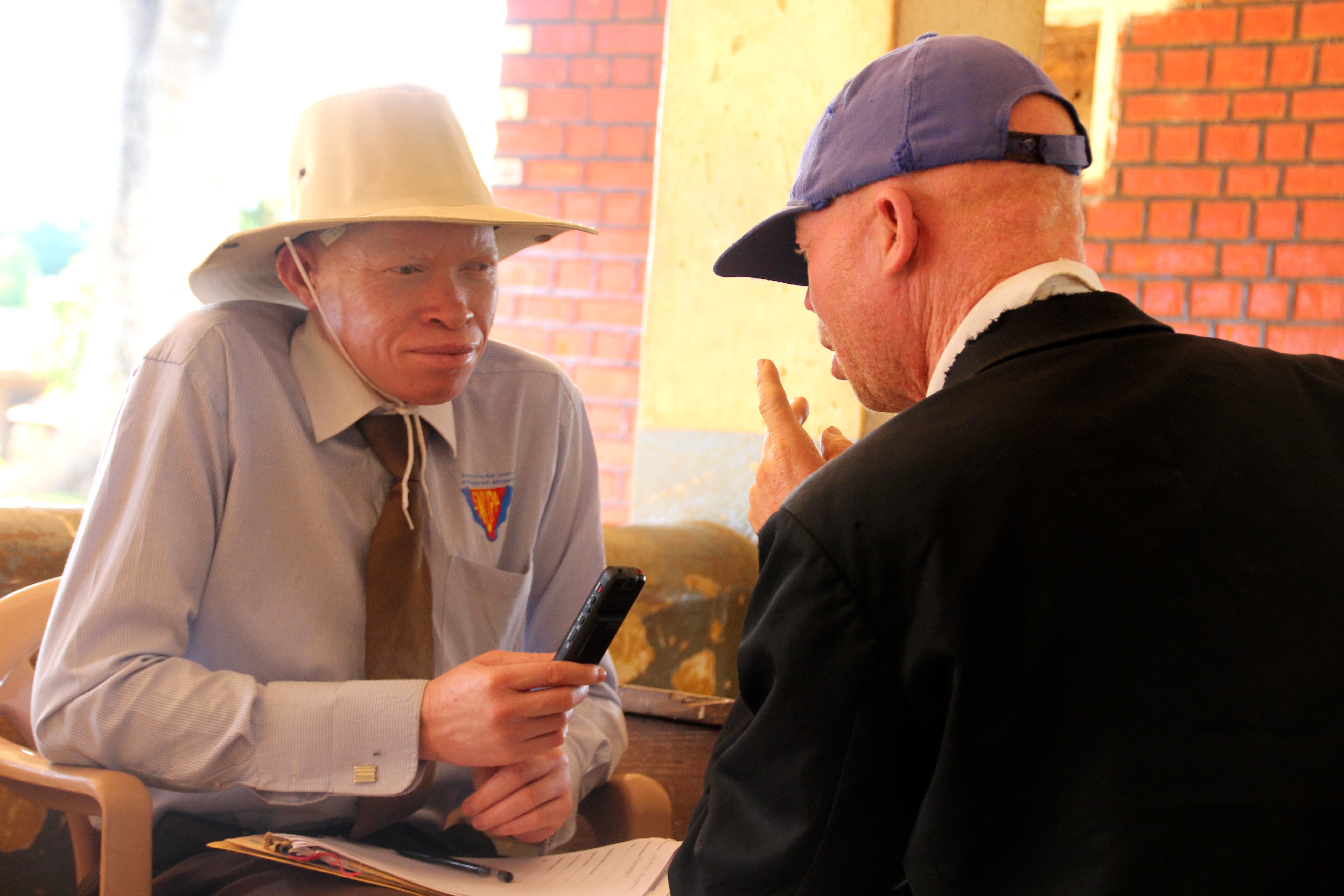 Advantage Africa and our partner the Source of the Nile Union of Persons with Albinism (SNUPA) led the field research in the Busoga sub-region of Uganda. Through focus group discussions and interviews (right) we aimed to discover the factors which contribute to girls and boys with albinism struggling or thriving in childhood. We also examined access to education and barriers to earning a regular income, by investigating:

Our project partners included Coventry University, Standing Voice and the French foundation FIRAH. The project's activities were completed in November 2017 when Advantage Africa and SNUPA hosted Uganda's first ever national albinism conference in Kampala to call for drastic action to improve the inclusion and well-being of people with albinism. 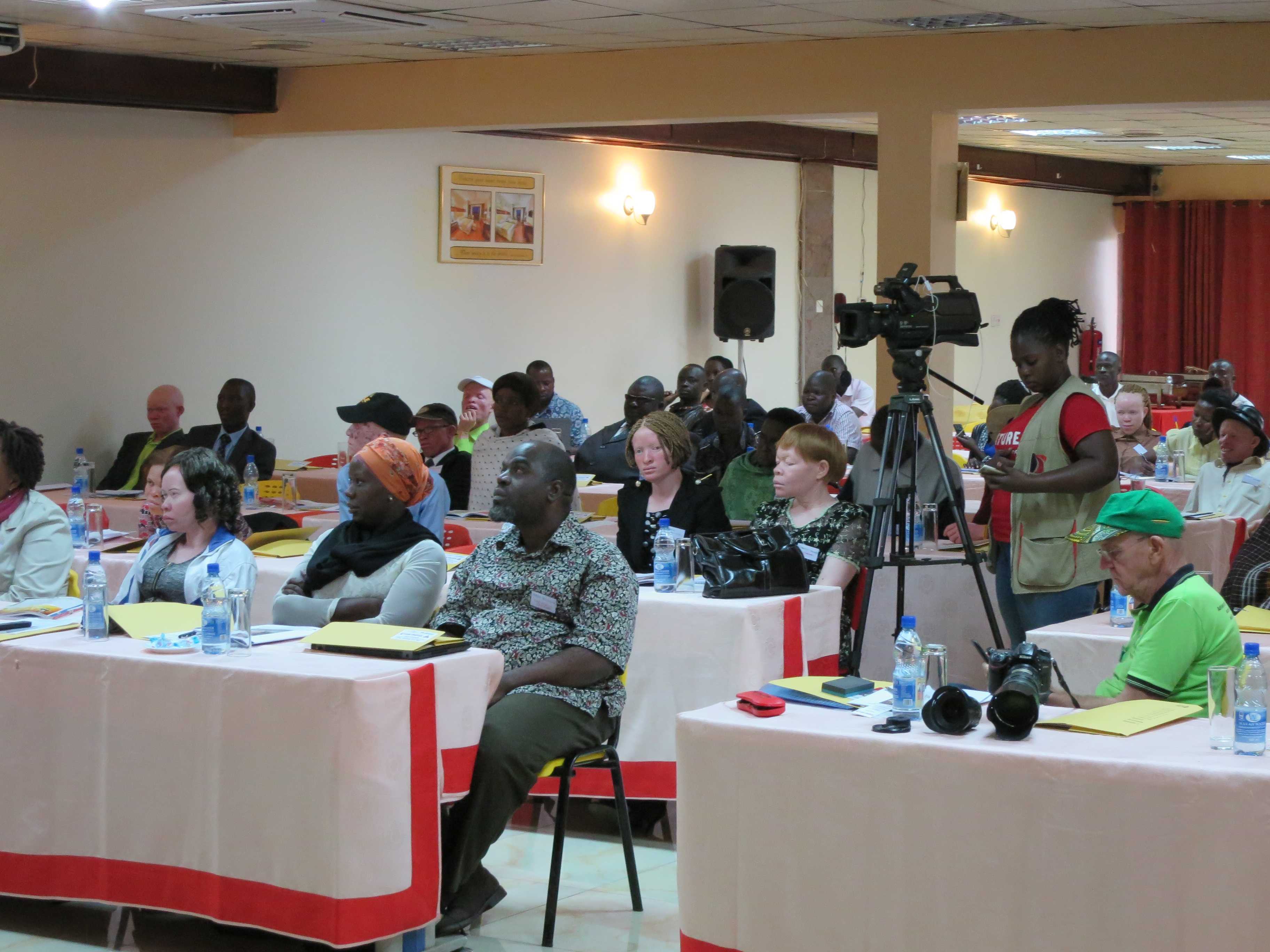 The conference disseminated the results of the research among 100 representatives from government, academia, NGOs, the UN and media including radio and television stations. The inclusion of ‘edutainment’ activities such as drama and music ensured the event was stimulating and enjoyable for all who came. 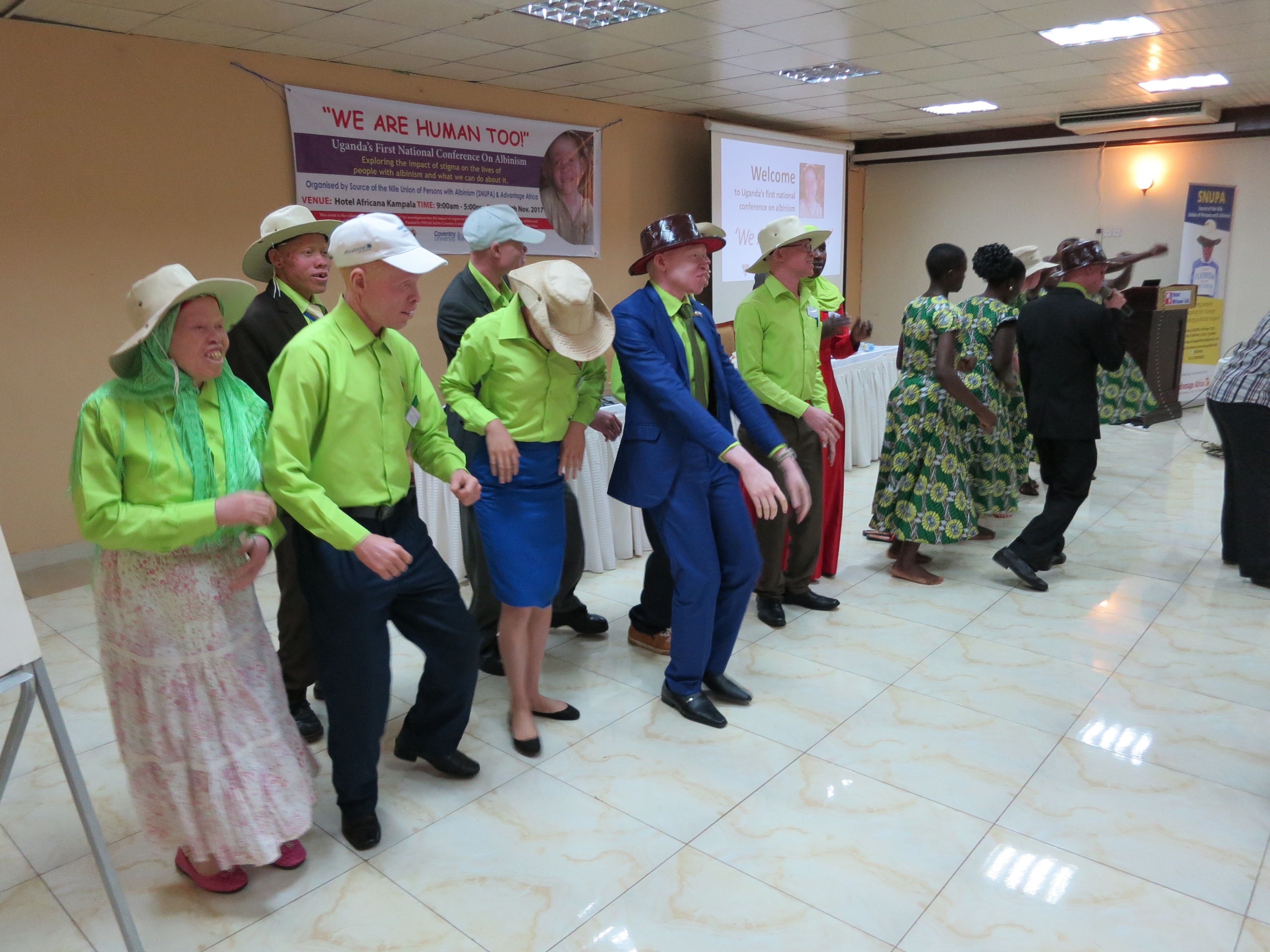 Feedback included ‘people’s eyes were opened’ and ‘this was a special kind of conference’. Disability MP Hellen Asamo described it as a ‘turning point in the history of albinism’ which ‘bridged the gap between people with albinism and the general public’. Dr. Sarah Kamya, Senior Lecturer in Social Work at Makerere University said: ‘The findings were an eye opener to different issues related to albinism.’
View short video.

The successful conference and the dissemination document 'We Are Human Too' launched on the day built a strong foundation on which further advocacy to advance the rights of people with albinism in Uganda can take place. It also enabled representatives of albinism groups from all over Uganda to meet for the first time and plan a national organisation to represent their interests going forward.

'We Are Human Too' 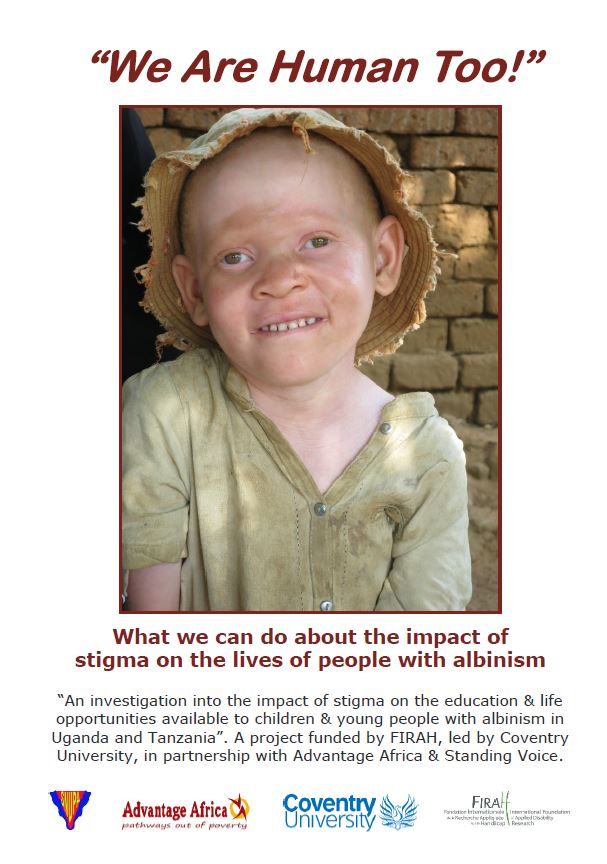 Beliefs about people with albinism in Uganda: A qualitative study using the common-sense model is an academic paper arising from our research that aims to contribute to the growing understanding of the challenges facing people with albinsm in Africa and how they can be addressed.

Further information and outputs can be seen in the Project Summary, Scientific Summary, Social Application of the Research and various short films, comic strips and photographs.