The difference we make

Advantage Africa is a small charity making a big difference.

During the last year, we helped 3,000 families receive treated malaria nets, health education and training; provided 30,000 meals for orphaned and vulnerable children; enabled more than 1,000 people to access HIV counselling, testing and home-based care; 150 single parents to learn new skills with which to earn an income to care for their families; 120 disabled children to attend school, 400 vulnerable young children to access quality basic education … and much more besides!

Numbers alone cannot communicate the difference Advantage Africa makes.  The changes in lives is deep and long lasting, and it is the pursuit of these changes that drives everyone involved with Advantage Africa. 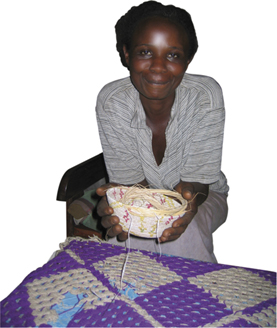 Teddy  Single mother Teddy was near death when she met our partner, the Single Parents Association of Uganda (SPAU). They comforted her, took her for an HIV test, treated her painful symptoms and helped her with a nutritious diet and HIV drugs. As Teddy grew stronger she was trained in how to earn an income to support her family. Today she grows and sells vegetables and weaves beautiful baskets. Teddy's children, so close to becoming orphans, now attend school, eat well and are proud of their mum. This family, once living in despair and poverty, have now found happiness and hope for the future.

Lulu  Lulu has a club foot and a serious spinal condition. He’s benefitted from a body brace, surgery, rehabilitation and emotional support provided by Advantage Africa’s partner the Kibwezi Disabled People’s Organisation (KDPO) in Kenya. Lulu now attends school and his positive outlook on life lifts everyone around him!

Makau  Six-year-old Makau Collins is an orphan with cerebral palsy living near Kibwezi, Kenya, where some people fear disability and believe it’s a curse. Previously he was unhappy and uninterested in his surroundings but the support of KDPO and his determined grandmother Teresia has changed all that.  He is now growing up into a confident boy who interacts with everyone around him. Using a standing aid made through Advantage Africa's support he now walks unaided and wears a constant smile. 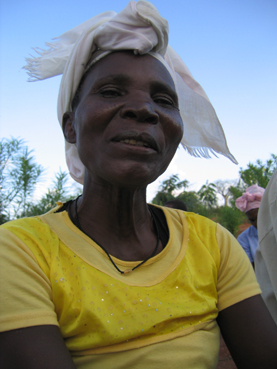 Muthoki  After her husband died, Muthoki lived for many years with fear and uncertainty; she was always ill and had terrible mouth ulcers.  She was admitted to hospital and her neighbours thought she’d died. With support from Advantage Africa’s partner Rescue Team, Muthoki had an HIV test which confirmed she was HIV positive. She began taking antiretroviral drugs, received nutritional support and eventually returned to good health. She joined the Ngai Nde Kimena support group, where twice a week 30 women living with HIV meet to help each other in all aspects of their lives. Muthoki is an active member of the group and says: ‘I like helping out and I want people to know that you can’t catch HIV by sharing food’. Her smile, energy and dancing are infectious, and you’ll be hard-pressed to find a stronger advocate for reducing the spread and impact of HIV. 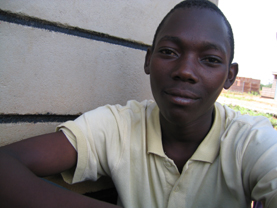 Ronald  Fifteen-year-old Ronald is an orphan living with his elderly grandmother. He never misses Rescue Team’s Sunday Kids Club in Kalulini, Kenya and is an enthusiastic user of the library that Advantage Africa helped establish at the Team’s Resource Centre. Ronald also helps the adult leaders run the Club activities. He says ‘Kids Club trains us how to live, and helps children whose parents have passed away. I get good information here, I like coming to read, play games and help out’. Despite his difficult start in life, Ronald is showing signs of being a future leader in his community. 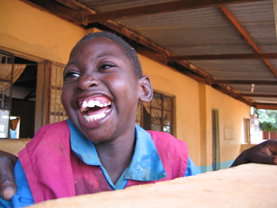 Julia  Julia is one of thousands of disabled, orphaned or otherwise vulnerable children who have benefited from Advantage Africa’s support to education across East Africa. Over the last ten years we’ve helped establish seven schools where there was previously no provision for disabled, orphaned and young children to receive an education.

In Bajjo, Uganda, boys and girls as young as six were walking ten miles each day to the nearest primary school before Advantage Africa helped the community build their own. These schools are now largely sustained by government and parental contributions without support from Advantage Africa.

Before we helped build the special unit at Kisayani Primary School, Julia had no opportunity to receive an education. Now she feels valued, fulfilled and happy and the school is run by the Kenyan Government. She’s a symbol of the long-term development we’re all working so hard to achieve.

Also in this section