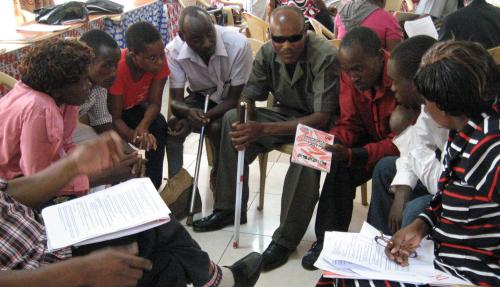 During 10 years of work with people with disabilities in Kenya and Uganda, Advantage Africa’s project workers have dealt first hand with numerous incidents of sexual abuse. This disturbing issue is often hidden from society and the authorities in Africa, but it is now an area of growing and critical concern.

Advantage Africa has completed a two year research project which aims to reduce the incidence of sexual abuse against people with disabilities and help communities bring the perpetrators to justice. 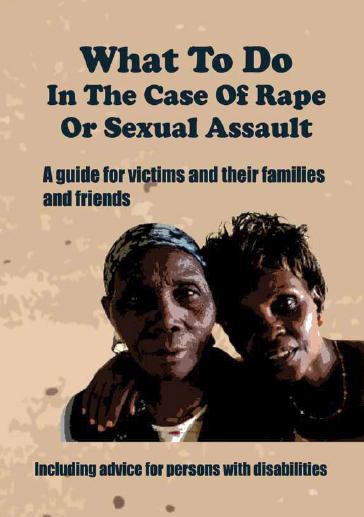 People around here do not recognise that disabled people have sexual rights, they see them as sex objects to use and forget. (Special Unit Teacher - female).

We had a case of a deaf girl who was abused just because the offender assumed she would not speak and testify about the incident. (District Probation Officer – female).

I think the most common [abuse] is incest because most of them are abused by a parent or a close relative..... a family will leave a severely disabled child unattended and that is when most abuses happen. (District Social Development Officer - female).

The research report makes clear recommendations for both community level interventions and in relation to policy and training at regional and national levels. Advantage Africa has already implemented some of the practical research recommendations, including the production of poster and a simple guidance booklet called ‘What To Do In The Case of Rape or Sexual Assault’. We have also supported the start-up of a new community drama group which performs short plays about preventing abuse and the right to justice. A small support group for survivors of sexual abuse has also been established.

We have had another incidence of rape of a disabled women since the project workshop. But this time there was a totally different response. All the authorities who attended the workshop acted so positively, everyone worked together and knew what to do. Our research project has already made a big difference in this community. I am no longer fighting for justice with a single voice

We want people with disabilities to benefit more directly from research projects. See our pyramid which shows the interations between researchers and other stakeholders and read our discussion paper about the gap between research and practical interventions